This type of Decision Point only works when inserted after an Approval Step. When this is not inserted, the next Steps for an Approval step, in case of decline are limited to closing the ticket. With a Decision Point, of the type Approval, you can specify another work flow in case of Decline.

Select "Approval Step" as Type in the selection box & click on

Changing the Type, will result in a total loss of entered Paths for this Decision step ! 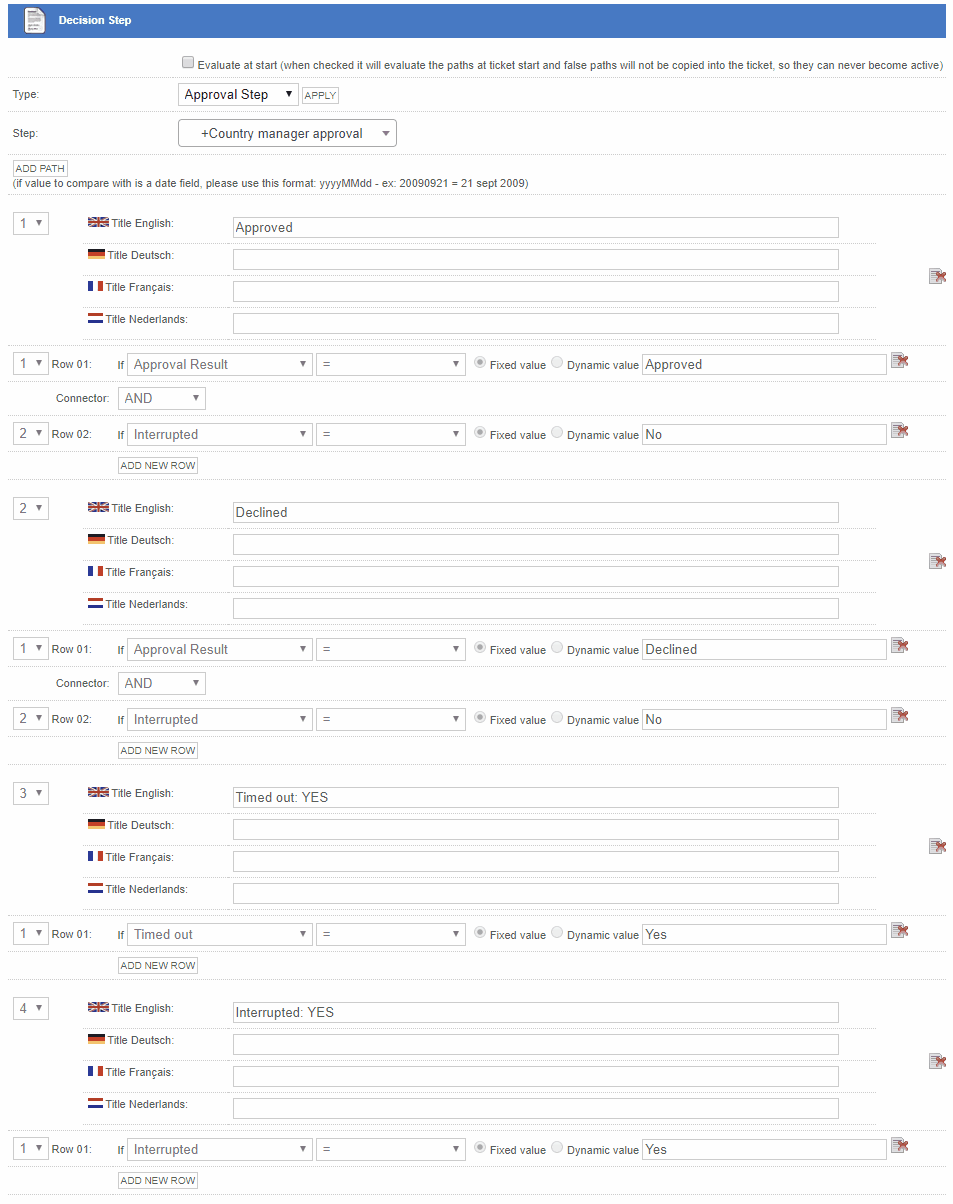 Approval Step Decision points are predefined to contain 4 Paths containing one row that can't be edited. Each path defining a work flow for approved, declined and time-out. This Approval Step Decision type is used to quickly add an approval decision to a process work flow and to capture declines within approvals. In case a decision step is defined on an approval step, the decline email will no longer be sent by the approval step, but should be manually defined within the Declined path of this decision step.

The Approval Decision Steps in the Steps Overview is displayed as follows.

The Decision step has a title of "D" in the step.

The 4 paths are displayed side by side separated by a dotted line.  The Decision Paths are merged by adding a Step outside the blue box. The time-out path is followed in case the auto-close time has been reached. The Interrupted path is reached when the ticket is interrupted. 'Interrupt' is a Step Action that can be added.