Select "Multiplier" as Type in the selection box & click on

Changing the Type, will result in a total loss of entered Paths for this Decision step !

A typical example of a Multiplier Decision Point is folder approval. A User can request access to multiple shared folders at the same time. Each folder has its own designated approver. In the Multiplier step the approval is multiplied by x times, where x represents the number of folders that are requested. 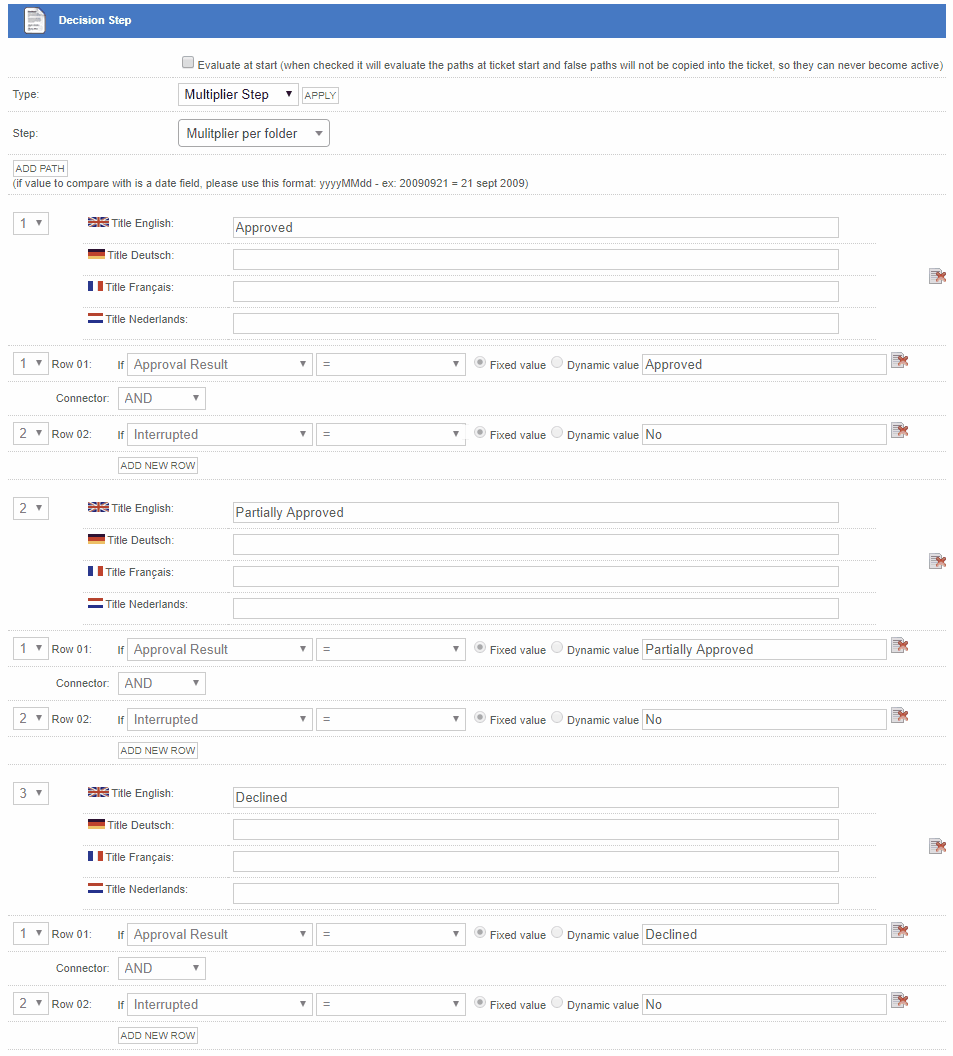 The three Paths, each containing one Row, are pre-defined and can not only be removed, not edited. You see that the three standard decisions of an Multiplier Approval Step are presented, each defining a seperate path.

This setup is non-editable, its sole purpose is to allow you to quickly make a Decision point, based on an Repeated Approval, where the outcome is always one of the 3.

2 more paths are added as well, to handle Time-outs & Interruptions:

The Multiplier Decision Steps in the Steps Overview is displayed as follows.

First, the Multiplier Step is indicated by the yellow box with the title "M"(position 1).  Following the multiplier step indicator is the detailed multiplied step.

This Decision step is inserted after the multiplied step (Row 2).  Decision steps have the title "D" in the step.

The Repeater decision step is followed by 5 different paths arranged in a row separated by a dotted line.  Each path represent the possible combination of outcomes for the multiplied step. The time-out path is followed in case the auto-close time has been reached. The Interrupted path is reached when the ticket is interrupted. 'Interrupt' is a Step Action that can be added.

Additional steps can be added to each Path.

The Decision Paths are merged by adding a Step outside the blue box. The overall process will only continue when all multiplier processes have come to an end.